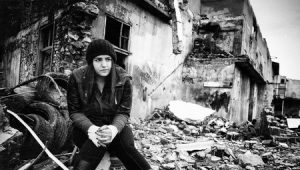 Let’s step back a moment and look at where we are.

This is an all-out moral collapse.

I’m reading where people are saying things like “we’re going to lose our country if we don’t…” “we have to turn it around for the sale of our children’s future…” No, we’ve already lost control, and the only question left is how hard of a bottom we’re going to hit. When you have people celebrating when cities are destroyed, people are killed, and police departments are dismantled, that’s a crisis of epic proportions.

Of course, the church, the salt and light of every nation, is taking the action steps we’re shown in Scripture under such conditions, right?

Here’s what I’ve been seeing:

When the burning and looting began, one nationally known Christian leader called for peace. I’m sure the French were calling for peace while the German tanks blitzed through their country in World War 2. It doesn’t seem to register to the Christian leadership in this country that we’re at war and we’ve lost significant ground.

The church at large is distracted, confused, and weak. There’s been a lot of hand-wringing about livestream services, where to meet and what to do (masks or no masks, to sing or not to sing), loss of finances due to the lack or church meetings, and more. Many churches are still closed.

John MacArthur’s Grace Community Church’s battles with the State of California are big news. Think about this: John MacArthur and Grace Community’s battle is about whether a big church can meet in a building. I’ve been hearing people say for years that “church is about people and not the building,” yet we seem to be contradicting this in the way we’re clutching to our meeting places. In the book of Acts the early church lost everything, including their meeting places, and thrived:

And there arose on that day a great persecution against the church in Jerusalem, and they were all scattered throughout the regions of Judea and Samaria, except the apostles.
Acts 8:1

Now those who were scattered because of the persecution that arose over Stephen traveled as far as Phoenicia and Cyprus and Antioch, speaking the word to no one except Jews. But there were some of them, men of Cyprus and Cyrene, who on coming to Antioch spoke to the Hellenists also, preaching the Lord Jesus. And the hand of the Lord was with them, and a great number who believed turned to the Lord.
Acts 11:19-21

When the early church was kicked out of their comfort zones, er, their buildings, they grew like wildfire.

Hebrews 10:34 adds –
For you had compassion on those in prison, and you joyfully accepted the plundering of your property, since you knew that you yourselves had a better possession and an abiding one.

As today’s churches have faltered, this has been going on at the California beaches:

And in the streets of Brazil: 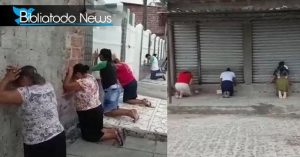 Christians… praying, meeting, and baptizing – without a building.

I’m sure Satan is happy to keep us focused on legal battles about church buildings, calling for peace, and posting articles and comments on social media. But we’re a lethal threat to the gates of hell when we’re on our knees and confessing our sins.

Think about our current circumstances and much of Christian leadership’s response. Is what they’re doing effective? Are they focusing on the right things (do they even know what it is??) and are they leading their people in what we’re shown in Scripture?

Right before we left Colorado Springs, we attended a church service there. The pastor stayed the course with his verse-by-verse study, and barely mentioned the mess we’re in. Zzzzzzzzz. No wonder we’re in such a mess. We’ve lost our hearts and there is no sense of urgency. We’re so stuck in “the way we do church” that we’re blind to the force of the moral collapse that is spiraling us downward.

Here’s what God’s word shows us that others have done in times of like these to spark far-reaching change and restoration:

Now it happened in the month of Chislev, in the twentieth year, as I was in Susa the citadel, that Hanani, one of my brothers, came with certain men from Judah. And I asked them concerning the Jews who escaped, who had survived the exile, and concerning Jerusalem. And they said to me, “The remnant there in the province who had survived the exile is in great trouble and shame. The wall of Jerusalem is broken down, and its gates are destroyed by fire.” As soon as I heard these words I sat down and wept and mourned for days, and I continued fasting and praying before the God of heaven. And I said, “O Lord God of heaven, the great and awesome God who keeps covenant and steadfast love with those who love him and keep his commandments, let your ear be attentive and your eyes open, to hear the prayer of your servant that I now pray before you day and night for the people of Israel your servants, confessing the sins of the people of Israel, which we have sinned against you. Even I and my father’s house have sinned. We have acted very corruptly against you and have not kept the commandments, the statutes, and the rules that you commanded your servant Moses. Remember the word that you commanded your servant Moses, saying, ‘If you are unfaithful, I will scatter you among the peoples, but if you return to me and keep my commandments and do them, though your outcasts are in the uttermost parts of heaven, from there I will gather them and bring them to the place that I have chosen, to make my name dwell there.’ They are your servants and your people, whom you have redeemed by your great power and by your strong hand. O Lord, let your ear be attentive to the prayer of your servant, and to the prayer of your servants who delight to fear your name, and give success to your servant today, and grant him mercy in the sight of this man.”
Nehemiah 1:1-11

I was convicted when I read Nehemiah’s prayer. I pray daily for healing and a spiritual awakening in our country. But weeping, praying, and fasting for days? Most of us aren’t there. Our hearts are too anesthetized and we’re too choked with smartphones and other distractions for that.

The results of Nehemiah’s urgent, heart-felt prayers, the confession of his sin and the sins of his country, and his petition for mercy brought about the rebuilding of the wall in Jerusalem. It wasn’t easy and there was opposition, but in the end they prevailed.

Jonah 3 gives us a picture of one of the most amazing revivals in all of history:

Then the word of the Lord came to Jonah the second time, saying, “Arise, go to Nineveh, that great city, and call out against it the message that I tell you.” So Jonah arose and went to Nineveh, according to the word of the Lord. Now Nineveh was an exceedingly great city, three days’ journey in breadth. Jonah began to go into the city, going a day’s journey. And he called out, “Yet forty days, and Nineveh shall be overthrown!” And the people of Nineveh believed God. They called for a fast and put on sackcloth, from the greatest of them to the least of them.
The word reached the king of Nineveh, and he arose from his throne, removed his robe, covered himself with sackcloth, and sat in ashes. And he issued a proclamation and published through Nineveh, “By the decree of the king and his nobles: Let neither man nor beast, herd nor flock, taste anything. Let them not feed or drink water, but let man and beast be covered with sackcloth, and let them call out mightily to God. Let everyone turn from his evil way and from the violence that is in his hands. Who knows? God may turn and relent and turn from his fierce anger, so that we may not perish.”
When God saw what they did, how they turned from their evil way, God relented of the disaster that he had said he would do to them, and he did not do it.

One man walks into a city of people he hates, and gives them God’s message: “You’re going to be destroyed in 40 days!” There is no pleading, “God loves you,” or encouraging words. Incredibly, the Assyrians cry out to God for mercy and turn from their sin, and God backs off from destroying them. What makes it more amazing was that there were no church services going in Assyria; they had no Franklin Grahams, John Pipers or John MacArthurs. Fervent prayer, confession and repentance changed everything.

After spending three days in the intestine of a large fish, Jonah would have smelled like a can of sardines… that had been open for a week. His clothes were tattered rags. Imagine if God sent Jonah today. He’d be written off as a homeless nut-job and ignored. We’re too sophisticated and have too many big, comfortable churches to think that our country might fall. Evangelicals don’t cry out to God, but they’ll study the verses and analyze the meaning of the words in the original text. They’ll write books about revival and have Bible studies on them, but to actually get on our knees and cry out to God during a weekend church service? Ahem, let’s not get carried away.

Makes me wonder if God wants our churches shut down to get us on our knees. If we’re too proud and arrogant to turn our church services into prayer meetings for several months, we might as well shut them down.

When I step back and consider everything above, I see the following:

Or, we can keep going as we are and wait for the next domino to fall.