The Amazing Power of Prayer 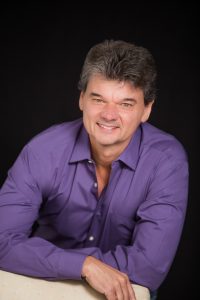 David Brainerd (1718-1747) was an American Missionary who ministered to Native Americans. He persevered through many trials, including sickness, to live a life that bore fruit for eternity.

In the 1700s, there was no plumbing or electricity in homes. Women wove and sewed the fabrics used to make clothing for their families. Infant mortality rates were so high that some parents didn’t name their children until they’d been alive for a year. Women would have 5-10 pregnancies to increase the odds of having children who grew into adulthood. Families grew their own food. There was no medical care; getting sick could end a life at young age, which is what happened to David Brainerd. In an environment like this, every day is a precious gift to be savored.

After Brainerd’s untimely death at the age of 29, Jonathan Edwards published Brainerd’s personal diary in the belief it would help others who wanted to grow in Christ. Centuries later, Brainerd’s writings have influenced many, including the second great awakening evangelist James Brainerd Taylor, John Wesley, William Carey, and Jim Elliot, the missionary who was killed by the Huaorani Indians in 1956.

Here are samples from Brainerd’s journal.

Wednesday, August 19, 1742. Spend much of the day in prayer and reading. I see so much of my own extreme vileness that I feel ashamed and guilty before God and man. I look to myself like the vilest fellow in the land. I wonder that God stirs up His people to be so kind to me.

Saturday, December 18, 1742. Spent much time in prayer in the woods; and seemed raised above the things of this world. My soul was strong in the Lord of hosts, but was sensible of great barrenness.

Thursday, November 3, 1743. Spent this day in secret fasting and prayer from morning until night. My soul was much moved observing the faith, zeal and power of that holy man Elijah, how he wrestled with God in prayer. My soul then cried with Elisha, “Where is the Lord God of Elijah?!” Oh I longed for more faith. My soul breathed after God and pleaded with Him that a “double portion of that spirit” which was given to Elijah might rest on me. I was enabled to wrestle with God by prayer in a more affectionate, fervent, humble, intense and importunate manner that I have for many months.

Thursday, December 1, 1743. Both morning and evening I enjoyed some intenseness of soul in prayer, and longed for the enlargement of Christ’s kingdom.

Tuesday, December 6, 1743. Was perplexed to see the vanity and levity of professed Christians.

Thursday, December 22, 1743. Spent this day alone in fasting and prayer and reading in God’s word the exercises and deliverances of his children.

Sunday, January 1, 1744. In the morning had some small degree of assistance in prayer. Saw myself as so vile and unworthy that I could not look my people in the face when I came to preach. Oh my meanness, folly, ignorance and inward pollution! In the evening I had a little assistance in prayer so that the duty was delightful rather than burdensome.

Thursday, January 5, 1744. Had a humbling and pressing sense of my unworthiness. My sense of the badness of my own heart filled my soul with bitterness and anguish, which was ready to sink as under the weight of a heavy burden. Thus I spent the evening until late in somewhat intense and ardent prayer.

Thursday, February 2, 1744. Spent this day in fasting and prayer, seeking the presence and assistance of God, that He would enable me to overcome all my corruptions and spiritual enemies.

Monday, February 6, 1744. This morning was strengthened in God, and found some sweet repose in Him in prayer; longing especially for the complete mortification of sensuality and pride.

Thursday, February 9, 1744. Observed this day as a day of fasting and prayer, entreating of God to bestow upon me His blessing and grace; especially to enable me to live a life of mortification to the world, as well as of resignation and patience. Enjoyed some realizing sense of divine power and goodness in prayer several times, and was enabled to roll the burden of myself, friends and Zion upon the goodness and grace of God, but in the general was more dry and barren than I have usually been of late upon such occasions.

Nearly every page of Brainerd’s journal is packed with fervent prayer, fasting, encounters with God, wrestling with his flesh, and stories of lives he touched. His devotion and hunger for God bleed from the pages in a way that challenges the reader to want more of the Lord.

I’m no David Brainerd but I can relate to much of what he shares.

There are days when I go to God in the morning and my time with Him starts with “Lord I don’t know what to say to You… I just want to be with You. I invite Your Holy Spirit to groan in me and fill my heart with Your words.” My spirit begins to quicken… “Father, You see what’s inside of me, the ugly wicked flesh, when my thoughts aren’t right, the resentment, lust, pride… I need a touch from You. I don’t want my flesh to rule my life. I invite you into every room in my heart. Please shine Your light there and cleanse me. You saw my thoughts towards that other person yesterday that were wrong… please cleanse me with a drop of your precious blood. Thank you for forgiving me of my sin. Thank you for the blood of the cross, and that You’ll never leave me or forsake me.”

Usually when I go after God, He starts shining His light in my heart, thus the cries for cleansing. You can’t go hard after God without the light of His Presence exposing your heart. It’s not that I’m particularly doing the things that I’ve confessed, but that I see what’s there and don’t want them to take hold.

Fervent prayer sparks hunger for God, which increases our passion for Him. There are moments when tears start running down my eyes (I’m nearly there just typing this) and the sweetness of His Spirit breaks through and waters the garden of my soul. Now I want more of Him, and I want to encourage, even challenge others to go after Him hard so they can experience His incredible joy and peace. I want to scream it from the roof that there’s much more to the Christian life than watching a performance on Sunday, going home, and giving God a few crumbs during the week. The Christian life is an incredible, hard, beautiful, dangerous, and wonderfully satisfying adventure. You can have as much of God as you want. If you want more of Him and are willing to go after Him hard, often, He’ll radically touch and change your heart, as long as you’re willing to face your sin and weaknesses with Him so He can heal you.

I’m made of the same broken flesh as everyone else. So are you. If you want to experience God’s presence and enjoy His love and peace, go after Him!