More Musings of a Rogue Christian 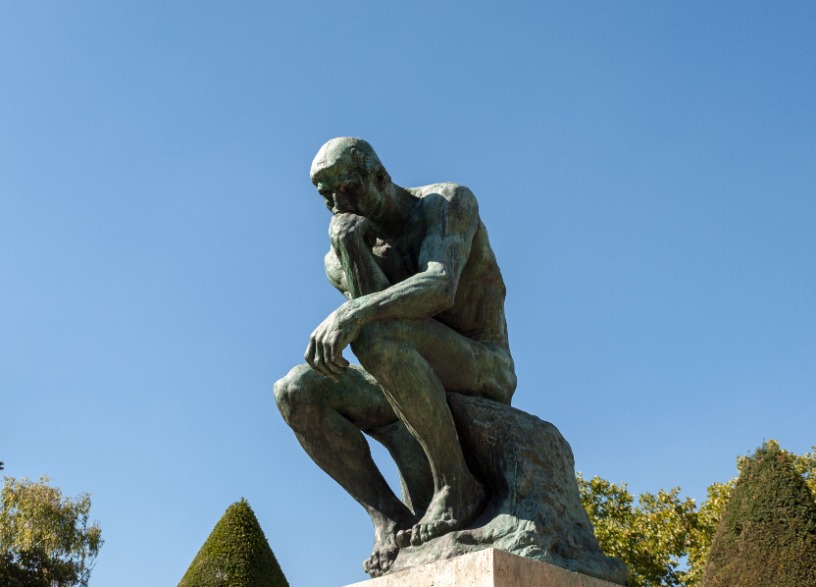 Marriage is hard. Paul even said that “such will have trouble in this life, and I am trying to spare you.” (1 Corinthians 7:28). The great apostle was trying to talk us out of getting married. That’s some fine print we don’t often see (or pay attention to) until long after the rings come on. Yet, marriage is God’s plan, His desire. Creation begins with marriage. And God offers Himself as a third cord to help husbands and wives on their journey (Ecc 4:12). It’s rough at times, but worth it.

Much of what I’ve heard in Christian circles regarding marriage is “husbands, love your wives as Christ loved the church; wives submit to your husbands.” And I find myself thinking, “Is that all you got?” Couples need a lot more than that. At least, I do. Have you ever tried to “love like Christ loved the church?” That’s the spiritual equivalent of saying “Climb Mount Everest.” Every day.

I love being around hurting people. They’re less apt to preach, fake it, or spew spiritual cliches. I love what is real, under the hood, the broken places; the core of who we are. Masks are a waste of time and energy; we see many on Sunday mornings. I love fighting for the hearts of God’s people.

More than 150,000 souls step into eternity every day. It’s a sobering thought to realize that one day our short life here will be terminated, with no second chances. Living for that which has eternal significance is critical. If you had 6 months to live, what would you do?

Sometimes when I’m on social media, I feel like I must be a big sinner. Everyone is happy, smiling, enjoying life. I fight battles in my mind, against my flesh, and the enemy often. I must spend time in prayer every day, especially with a front-line ministry like BG. I’d be useless, powerless, and a poser without a vital prayer life. Even then it’s hard. There must be something wrong with me.

I must be a nut job. Who goes to the desert alone to spend several days with God and encourages others to do the same? Picture your favorite pastor, Bible teacher, or worship leader, wandering alone in the desert, in their suit and tie, or skinny jeans, depending on who you follow. It wouldn’t be hard to rip those skinny jeans on a rock (how do they even get into those pants?) I must be a fool. I keep thinking we’re not just given Scripture for instruction, but to show us how to live the abundant life.

Yoga pants. Who designed those? A friend of mine told me he thought Satan did; he hates having to deal with the lust pull when a woman who’s wearing them crosses his path. I know, men are pigs, we shouldn’t look. And believe it or not, there are many men in the church who don’t want to. Maybe we need a men’s burqa. Like it or not, men are hard-wired with an intense sex drive that is easily sparked. Some men have said that seeing a woman in yoga pants is worse than being exposed to a picture of them naked. I’m back to being a nut job. Talk about modesty and purity in church? I’ve been in churches with young women wearing yoga pants on stage while the worship band was on. Maybe they wanted to do a test and see who turned their eyes away; those who didn’t were sinners. One senior pastor of a large church told me recently that he hates yoga pants because of his battles with his flesh. Maybe I’m not the only crazy one.

We hear “God loves you and has a wonderful plan for your life” all the time. The narrow path that few will find? (Matthew 7:13-14). Not so much.

I hear people say all the time, “Is this all there is?” when it comes to their church services. God’s people are hungry for more. The early church was devoted to the apostles teaching, fellowship, and prayer (Acts 2:42). They had no worship bands, conferences, youtube videos, denominations, buildings, or Christian media, and they changed the world. 90% of American Christians are isolated, and we don’t pray in our weekend church services. What’s missing is connection, with other believers (fellowship), and God (prayer). What we are often left with is religious entertainment. We sit, we watch, we leave. Many are walking away from the church; there are better entertainment options out there.

The early church had neither platform nor pulpit; the main action took place in the body, not the stage. This is why I break people up for sharing and prayer when I speak in churches.

Many are gushing over The Chosen. When’s the last time you heard anyone rave about a prayer meeting they attended? Watching a TV series about Jesus feels too much like an extension of the performance-driven church where we sit and watch the show in comfort – at the expense of a fervent prayer life and connection with other believers. I’d rather encourage people to turn the TV off and hit their knees. The less time we have on the TV or smartphone, the better.

Married couples, when is the last time you said something kind or encouraging to your spouse? Or told them they look hot? It’s easy to allow kind, encouraging words to fall by the wayside in marriage.

The American Dream. Build a career, get married and have a family, own a nice house, retire and spend your remaining years having fun. But what happens when you filter the American Dream through Scripture? Living a life that counts for eternity requires cultivating a passionate love relationship with the Lord and going all out to invest our time and treasure in the eternal. The American Dream has seduced many into the idea that living for material comforts and other pleasures is what life is about. Never retire spiritually. Go hard until the end.

“What is the secret to great living? Entire separation to Christ and devotion to Him. Thus speaks every man and woman whose life has made more than a passing flicker in the spiritual realm. It is the life that has no time for trifling that counts.”
-Amy Carmichael

See https://theroguechristian.com/musings-of-a-rogue-christian/ for the original post on Musings of a Rogue.