Are You Willing to Pay the Price? 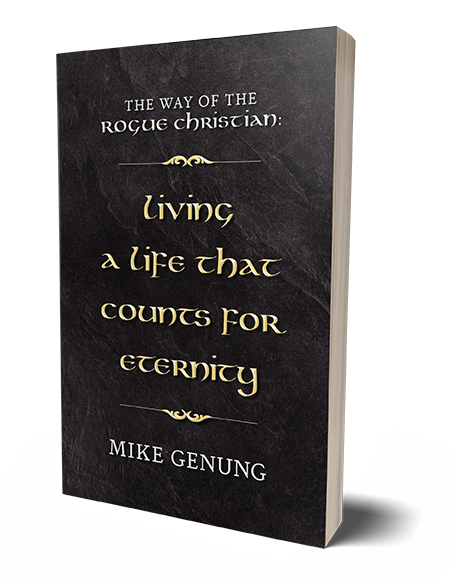 The following is an excerpt from my new book, The Way of the Rogue Christian; Living a Life that Counts for Eternity. The time we live in demands that God’s people are equipped and prepared to suffer, endure, and persevere. What follows is the story of one woman who went through a horrific trial yet persevered to live her life with eternal impact.

Are You Willing to Pay the Price?

At the timberline where the storms strike with the most fury,
the sturdiest trees are found.
—Hudson Taylor

God had one son on earth without sin, but never one without suffering.
—Augustine

They gave our Master a crown of thorns.
Why do we hope for a crown of roses?
—Martin Luther

We want to avoid suffering, death, sin, ashes. But we live in a world crushed and broken and torn, a world God Himself visited to redeem. We receive his poured-out life and, being allowed the high privilege of suffering with Him, may then pour ourselves out for others.
—Elisabeth Elliot

God never uses a person greatly until He has wounded him deeply.
The privilege He offers you is greater than the price you have to pay.
—Helen Roseveare

More than that, I count all things to be loss in view of the surpassing value of knowing Christ Jesus my Lord, for whom I have suffered the loss of all things, and count them but rubbish so that I may gain Christ, and may be found in Him, not having a righteousness of my own derived from the Law, but that which is through faith in Christ, the righteousness which comes from God on the basis of faith, that I may know Him and the power of His resurrection and the fellowship of His sufferings, being conformed to His death; in order that I may attain to the resurrection from the dead.
—Philippians 3:8–11

Helen Roseveare was born in 1925 in Hertfordshire, England. She was raised in the Anglican Church. When she was a little girl, Helen heard about India in a Sunday school class and decided to be a missionary one day.

After finishing high school, Helen enrolled in Newnham College at the University of Cambridge to study medicine. She got involved in prayer meetings and Bible study with the Cambridge Inter-Collegiate Christian Union and started growing, but would later confess that her Christianity was more in her head than in her heart at that time.

At a student retreat in 1945, Helen encountered God. After she gave her testimony the last night of the retreat, one of her Bible teachers wrote Philippians 3:10 in her Bible, and said, ”Tonight you’ve entered into the first part of the verse, ‘That I may know Him.’ This is only the beginning, and there’s a long journey ahead. My prayer for you is that you will go on through the verse to know ‘the power of His resurrection’ and also, God willing, one day perhaps, ‘the fellowship of His sufferings, being made conformable unto His death.’

Later, while attending a meeting of missionaries in Northern England, Helen made a commitment to go “anywhere God wants me to, whatever the cost.” She wrote:

Afterwards, I went up into the mountains and had it out with God. “O.K. God, today I mean it. Go ahead and make me more like Jesus, whatever the cost. But please (knowing myself fairly well), when I feel I can’t stand anymore and cry out, ‘Stop!’ will you ignore my ‘stop’ and remember that today I said ‘Go ahead!’?”

Helen graduated from Cambridge with a doctorate in medicine. In 1953, at the age of 28, she began her adventure as a missionary to the Congo. She founded a training school for nurses who would serve as missionaries in the jungle. Two years later, she was transferred to an abandoned maternity and leprosy center in Nebobongo. There she played a major role in transforming the facility into a hospital with 100 beds that served mothers, children, and lepers, along with a training school for paramedics and those who would serve in rural clinics.

Civil war broke out in the Congo in 1964. All the medical facilities were destroyed, and Helen was taken captive and imprisoned by the rebel forces for several weeks.

They found me, dragged me to my feet, struck me over head and shoulders, flung me on the ground, kicked me, dragged me to my feet only to strike me again—the sickening searing pain of a broken tooth, a mouth full of sticky blood, my glasses gone. Beyond sense, numb with horror and unknown fear, driven, dragged, pushed back to my own house—yelled at, insulted, cursed.

On that dreadful night, beaten and bruised, terrified and tormented, unutterably alone, I had felt at last God had failed me. Surely He could have stepped in earlier, surely things need not have gone that far. I had reached what seemed to be the ultimate depth of despairing nothingness.

In the midst of her sorrow, Helen heard the Lord say:

You asked Me, when you were first converted, for the privilege of being a missionary. This is it. Don’t you want it? . . . These are not your sufferings. They’re Mine. All I ask of you is the loan of your body.

Helen was flooded with an incredible sense of the blessing that she was privileged to enter into the fellowship of Christ’s sufferings, just as her Bible teacher had said at the beginning of her journey.

God understood not only my desperate misery but also my awakened desires and mixed up horror of emotional trauma. I knew that Philippians 4:19, “My God will supply every need of yours according to his riches in glory in Christ Jesus,” was true on all levels, not just on a hyper-spiritual shelf where I had tried to relegate it. . . . He was actually offering me the inestimable privilege of sharing in some little way in the fellowship of His sufferings.

Two years after Helen was raped, she established a new medical facility in northeastern Zaire (formerly the Congo) that included a 250-bed hospital, a maternity ward, and a training college for doctors. Several years later, she was forced to return to England for personal health issues and began a new adventure as an advocate for missionaries. In 1976, she said the following while speaking at a missionary conference in Urbana, Illinois:

One word became unbelievably clear, and that word was privilege. He didn’t take away pain or cruelty or humiliation. No! It was all there, but now it was altogether different. It was with him, for him, in him. He was actually offering me the inestimable privilege of sharing in some little way the edge of the fellowship of his suffering. In the weeks of imprisonment that followed and in the subsequent years of continued service, looking back, one has tried to “count the cost,” but I find it all swallowed up in privilege. The cost suddenly seems very small and transient in the greatness and permanence of the privilege.

God allowed Helen to suffer the horrific trauma of being beaten and raped. I’m struck by how dangerous that would have been to her faith; many walk away from the Lord for far less than what she went through. Helen was utterly alone and vulnerable. It would have been easy for Satan to whisper, “God has left you. After all you’ve done for Him, this is what you get” to tempt her to harden her heart and shipwreck her faith. Like Job, Helen was willing to pay the price and go all the way with God, no matter what.

If you want your life to count for eternity, you will need to be willing to pay the price. There will be spiritual warfare. There may be strife in relationships or health problems; you may be shunned by other believers or family members who don’t want to feel convicted by your commitment to God. There may be moments of confusion and doubt, false accusations, misunderstandings, and other ways of suffering.

I believe God is asking all of us if we’re willing to pay the price in prayer and suffering when we’re called to. It may be that you’re the only one in your family who’s willing to increase their prayer time or who is committed to making their life count for eternity. Perhaps you’re in your 70s and pouring out your life while those around you are wasting their final years puttering around the house, eating themselves into a coma, or throwing themselves into what will never satisfy.

Maybe you’re a wife whose husband shows little interest in the spiritual realm outside of church on Sunday. You’re investing yourself in prayer and the lives of others, yet you feel lonely at times because you wish your spouse was beside you. Yet you keep persevering because you know your relationship with God must come first.

God may call you to spend hours in prayer at night, or He might wake you up at 3:00 in the morning to pray for someone. I’ve experienced that plenty of times. Living a life that counts for eternity comes at a cost. You will need to decide if you will invest your time, finances, and other resources in ways that many others in the church and around you won’t.

Consider Keith Green, Amy Carmichael, David Brainerd, Peggy Smith, Duncan Campbell, the Ninevite king, Helen Roseveare, and others who’ve invested their time and resources in the things that count for eternity. It comes down to the heart and whether we have a passionate love relationship with the Lord that is far above everything else. Religion, doing good works, and acting like you’re a really nice person won’t get you far; neither will Bible knowledge alone.

Are you willing to pay the price? Take some time alone with the Lord to work through this question if you haven’t done so before.

For more information on The Way of the Rogue, visit, https://theroguechristian.com/shop/book-the-way-of-the-rogue-christian-living-a-life-that-counts-for-eternity/